Destination Earth: a digital replica of our planet for a sustainable future 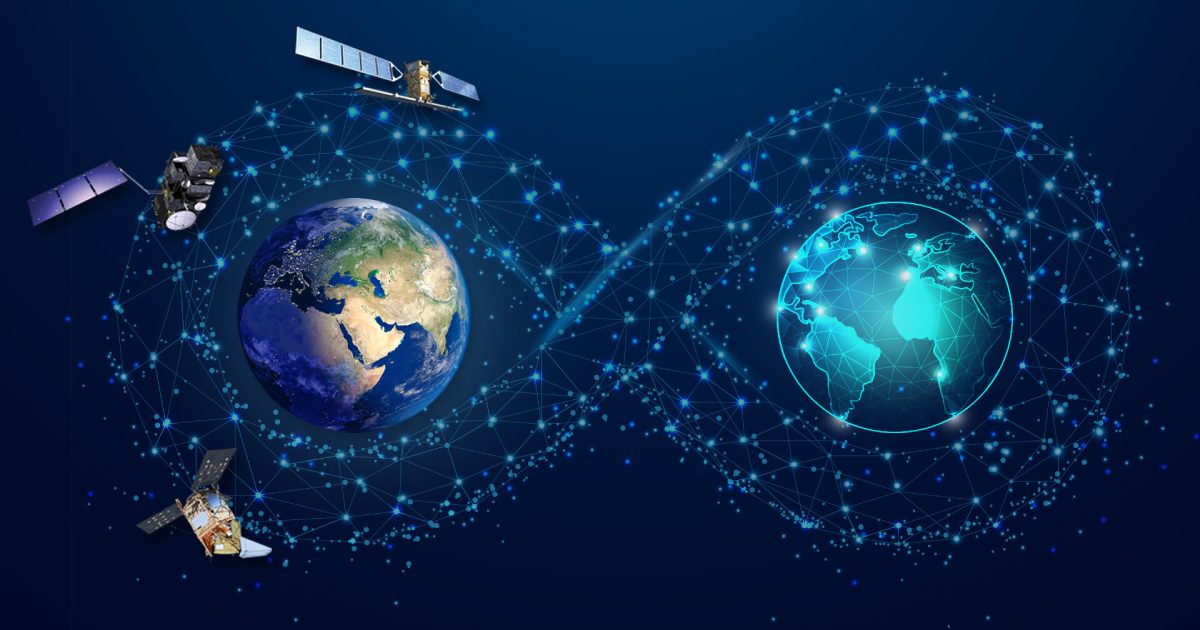 Innovative Earth system models, satellite data and machine learning will be used to monitor and predict environmental change on our planet.

The project Destination Earth (DestinE), led by the European Commission's DG Connect and officially approved on October 2021, aims to develop a highly accurate digital model of Earth that will monitor and predict environmental change and human impact.

Using innovative Earth system models, cutting-edge computing, satellite data and machine learning, DestinE will allow its users to explore the effects of climate change on the different components of the Earth system, together with possible adaptation and mitigation strategies.

The project will contribute to achieving the objectives of the green transition and support the European Commission’s Green Deal and Digital Strategy actions on climate change, biodiversity and deforestation. It will also aid in monitoring food security, changes in the polar regions and sea level rise.

“Destination Earth is a key initiative for Europe that will form the baseline for effective European adaptation strategies and support the green transition", commented Simonetta Cheli, Director of Earth Observation Programmes at the European Space Agency. "ESA and all involved partners will work hard to bring their own expertise, Earth observation data and excellence to help Europe achieve the next step in informed decision-making.” 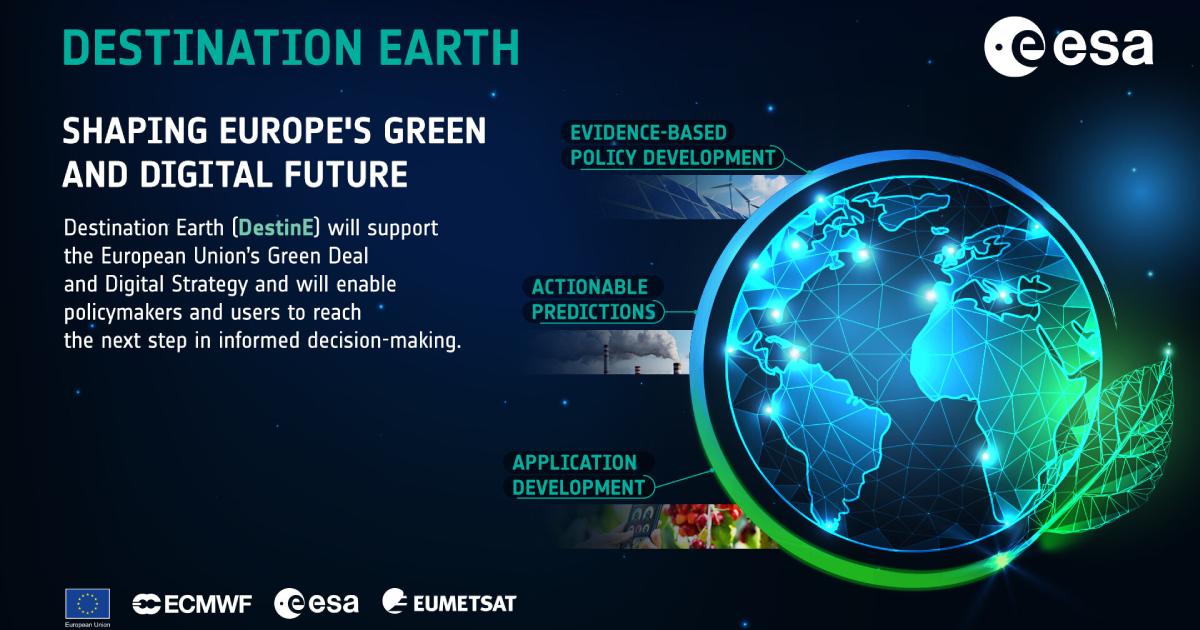 ESA will be responsible for the DestinE Open Core Service Platform, a user-friendly platform that will rely on the most comprehensive and sophisticated space-based observation data, including data from ESA’s Earth Explorers, the Copernicus Sentinel series, data from ECMWF (European Centre for Medium-Range Weather Forecasts) and, over time, other major data holdings in Europe.

Eumetsat (European Organisation for the Exploitation of Meteorological Satellites) will oversee the multi-cloud data lake underpinning DestinE, including its design, establishment and testing, as well as its operations of the online inventory, while ECMWF will be responsible for the Digital Twin Engine, including the development of the two initial Digital Twins: Digital Twin on Weather-Induced and Geophysical Extremes and the Climate Change Adaptation Digital Twin.

“The DestinE Core Service Platform is a place of European industry excellence.", said Eric Monjoux, ESA’s Destination Earth Project Manager. "It is designed, procured and overseen by ESA and ready to evolve to encompass the challenges of the Green Deal and climate change adaptation.”

DestinE will be developed gradually through the following key milestones: the development of the open core digital platform and the first two digital twins by 2024, and by 2030 a ‘full’ digital replica of Earth through the convergence of the digital twins available through the platform.